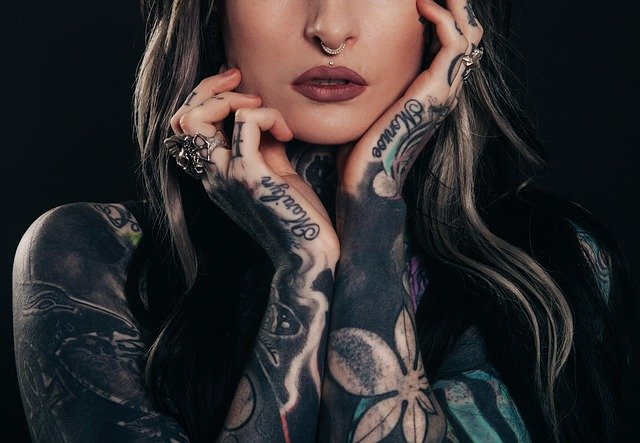 Tattoos… Everyone has a different reaction to that word. It always got my attention. I think the first one I saw on a live person, was my cousins. I must have been 7 or 8 years old. He had a funny caricature of a devil on his arm with “born to raise hell” written over it. I was amazed by it and although it wasn’t until my mid 20’s when I christened my skin, I wanted one the second I saw that little devil.

Today, tattooing is far more accepted in society than it was back in the 60’s, still; there are people that frown upon the idea of marking your body with ink….forever. Whether it’s a religious issue, or their own personal preference, they can’t deny that the tattoo is almost as old as civilization itself.

The word tattoo is derived from the Tahitian word “tatu”, meaning to mark or to touch something. The earliest known tattooed person is the infamous “Iceman” found in 1991, in the Otzal Alps, located in Italy. Carbon dating proved that he had lived about 5,300 years ago. Fifty-eight tattoos were noted on his body!! Archaeologists think he was an important figure in his society. The tattoos were charcoal and water based.

Ancient cultures used tattoos to ward off sickness or bad luck. The Egyptians were the first to use needles to tattoo the body. Archaeologists exhuming tombs, have even found children’s dolls decorated with tattoos. Tattooing spread through Greece, and Arabia, and By 2000 BC., the tattoo had arrived in Asia.

Tips For Selecting A Divorce Lawyer

Be Your Own Personal Trainer…

Lifestyle choices happen to be incredibly diverse in that they can range from choosing to be healthy to choosing to pledge allegiance to a certain type of music, to even deciding on a lifestyle devoted to religion.

Get In Touch WIth Us